The location for our current Antiques advertising campaign 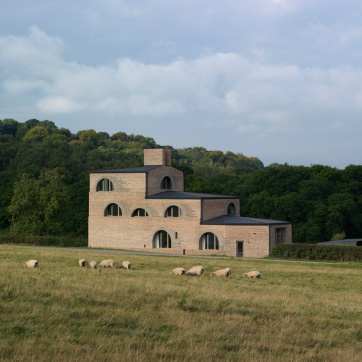 In our showrooms, we try to display antiques and furniture in a way which shows clients how the pieces might look in their own homes. We have a different approach in our Antiques advertisements (which have been running for over twenty years now) concentrating on the shape and character of the piece itself, often by showing it out of context against an unexpected background. Over the years the locations have included the cloisters of a medieval abbey, houses by well-known 1930s architects and an ultra-modern flat converted from a factory in the East End of London.

The location for the current advertisements is Nithurst Farm, near Petworth in Sussex, a house recently designed by the architect Adam Richards (www.adamrichards.co.uk) for himself, his wife and three young children. It was the subject of an article in The World of Interiors a couple of years ago which made a great impression on me, and when I saw it was on the list of possible locations for our next photo-shoot I jumped at the opportunity. By coincidence, the photographer we have always used for our photo-shoots, Simon Upton, had also taken the photographs for the article. 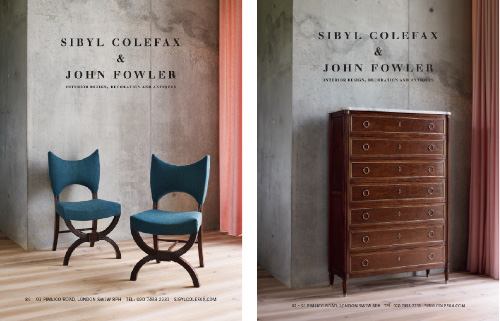 The appeal of the house is that it has a modern concrete core, with interesting and well-lit high-ceilinged spaces, inside a thick outer brickwork skin which gives the exterior something of the look of an ancient Roman farm building. It is completely original and has won a number of architectural awards, two of them just after our photo shoot! 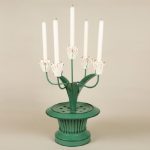