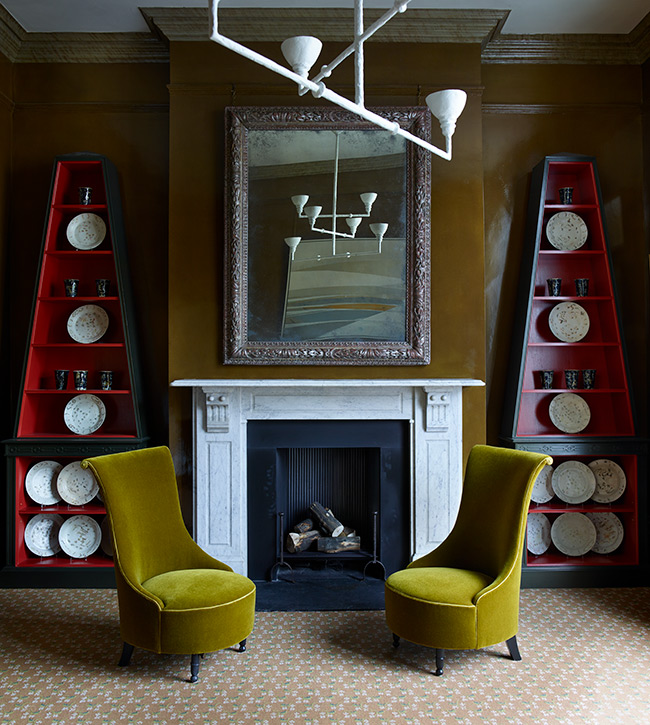 Moving to Pimlico Road from their iconic Mayfair showroom, home to Nancy Lancaster’s Yellow Room, heralded the start of a new era for the decorators, who are as practiced at creating 21st century interiors as they are at working on historic buildings.  Commissions range from some of Britain’s most notable stately homes to modern city apartments, from ranches in America to ski chalets in Europe and tropical beach houses in the Caribbean. Boardrooms, restaurants, yachts and private jets add variety to the mix.  The client list (resolutely confidential) includes royalty and celebrities, businessmen and women, bohemians, and many in between.

The seven interior decorators, each with a support team, all work independently and have distinctive areas of expertise – and also have the great advantage of being able to exchange knowledge with one another when necessary. Clients have a choice of which designer they feel is right for them, knowing that all of them work to the same high standards.

Clients find that collaborating on a project with their designer can be both enjoyable and rewarding. Whether their taste is classic or cutting edge, they can be confident that the project is being tailored, with great attention to detail, to suit their individual requirements. The end result will not only be beautiful to look at and deeply comfortable – subtle, unobtrusive luxury is taken for granted – but also, crucially, entirely personal.