Commonly called Colefax and Fowler for decades, the deluxe London decorating firm of Sibyl Colefax & John Fowler Ltd. has been one of the Mayfair neighborhood’s crowning glories for what seems like forever. Call it the cathedral of chintz or the acme of Anglophilia—just don’t call it set it in stone, or redbrick for that matter.

This week the company—whose clients have included British, Saudi, and royals, American and U.K. socialites, and all manner of posh but publicity-shy folks since Lady Colefax, a cash-strapped but well-connected barrister’s wife, went into business in the 1930s—announced its new address. Leaving behind its legendary 18th-century redbrick digs at 39 Brook Street and its marvelous hidden garden, Colefax and Fowler has set up shop in another high-rent neighborhood, Belgravia—namely Pimlico Road, joining a notable concentration of smart design destinations there. 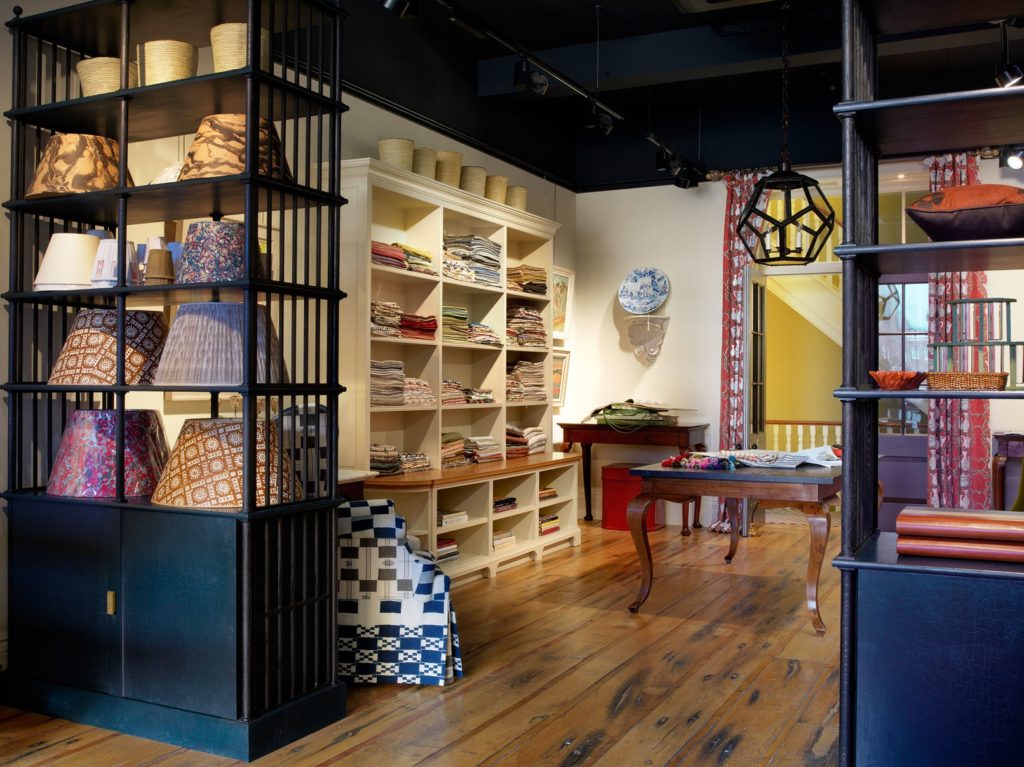 Fabric and lampshades on shelves in the Pimlico Road location.

The new spot doesn’t have the history of the Brook Street location, a rambling townhouse where Windsor Castle architect Sir Jeffry Wyatville had his studio in the early 1800s, and the same room that Colefax and Fowler owner Nancy Lancaster transformed into her famous butter-yellow drawing room in the 1950s. But the façade of the late-Victorian building remains redbrick—actually the brilliant bittersweet orange so typical of that time period—and Colefax and Fowler is just the latest in an august line of tastemaking occupants to call 89–91 Pimlico Road home, among them Geoffrey Bennison and Christopher Hodsoll, the founder of Soane. 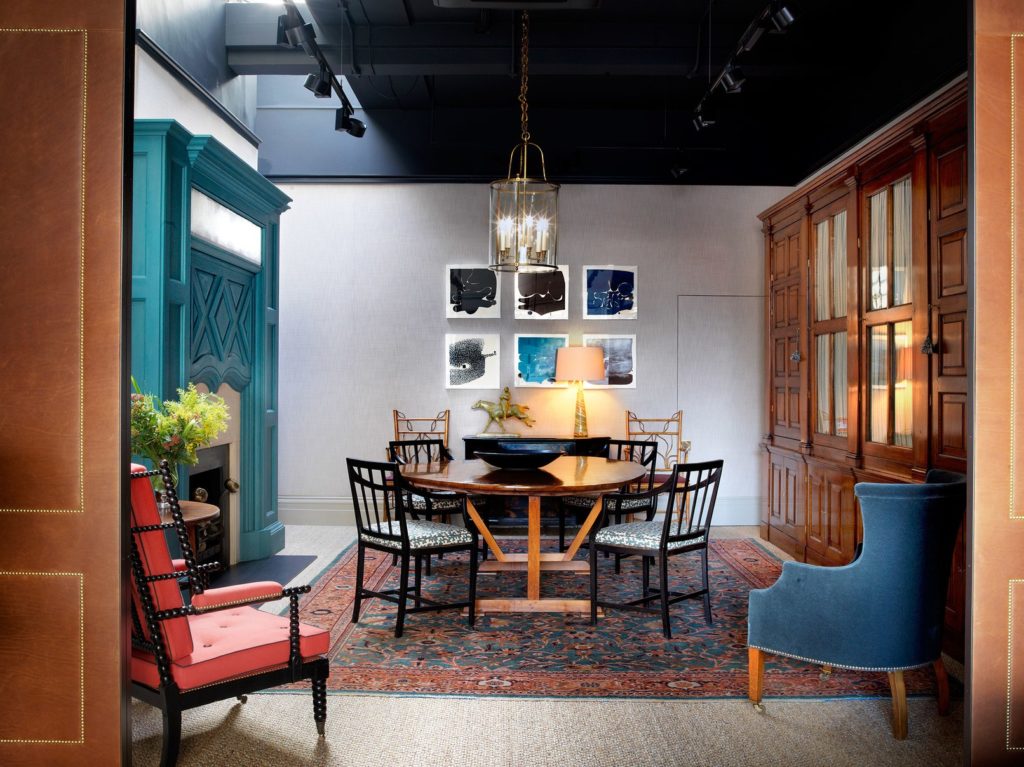 The offices embody a more contemporary direction for the historic company.

The shop still gathers together alluring antiques (often with painted finishes), British art of all eras, and the succulent fabrics, trimmings, and design services for which the firm has been heralded around the world. But the spirit of the place is far different, emphasizing mix-master settings and a smart contemporary air. This will surely dismay the old guard but delight younger homeowners for whom Colefax and Fowler cofounder John Fowler’s famous and justly fetishized “humble elegance” might seem a trifle granny today. 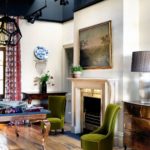 A fireplace in the new offices.

“We have now moved on,” Sibyl Colefax & John Fowler’s refreshed website states, quite firmly. And how. One example? After years of deliberate low-profiling, it lists the firm’s eight decorators individually, with their photographs, direct emails, and the company’s Instagram account (that would be @sibylcolefax, if you’re taking notes). “The change of location brings fresh inspiration and a new lease of life. . . . A new era has begun.” Indeed it has. 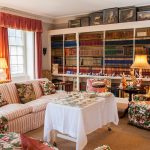 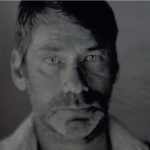