As part of an overhaul of their website, London interior design studio Sibyl Colefax & John Fowler were keen to commission new portraits of their creative team, or ‘decorators’ as they prefer – something that would reflect the rich history of their
brand. They found an unusually high-profile collaborator in YBA Mat Collishaw.
No stranger to brand collaborations, Collishaw has worked with Jimmy Choo on a digital installation for its London flagship, and created a series of bags and accessories for Dior. SC&JF came knocking just as he was exploring a wet collodion photographic technique developed by scientist William Henry Fox Talbot in the 1830s.
To familiarise himself with 19th century practices, Collishaw had assembled his own camera, acquired the necessary chemicals (which had to be stored in a custom-made bunker in his garden, given their explosive nature) and set up a dark room in his basement. He was eager for test subjects, while the SC&JF decorators were happy to be part of his research. They arrived at Collishaw’s Camberwell studio last winter, to sit for individual portraits behind the wet collodion camera and then a contemporary digital one. The results, previewed on these pages, will be published online this month. At Collishaw’s suggestion, they will be set up to offer ‘a play in time between more than 150 years ago and now’. Polished, modern images of the decorators are shown by default, but visitors can hover the cursor over them to reveal the collodion portraits, which are rougher, darker, more enigmatic.

As Collishaw explains, visitors will ‘appear to be looking at the birth of photography, but what they’re actually witnessing is a new technology’.

Collishaw has continued to experiment with collodion photography and the results feature in his upcoming show, ‘Thresholds’, which opens at Somerset House during Photo London. Presented in collaboration with Blain Southern gallery, it will recreate the world’s first major photography exhibition, organised by Fox Talbot at King Edward’s School in Birmingham in 1839, in virtual reality. As Collishaw explains, visitors will ‘appear to be looking at the birth of photography, but what they’re actually witnessing is a new technology’. Collishaw’s installation will include physical props, such as wooden vitrines, as well as a heater and soundtrack to simulate a crackling re; all designed to summon up the spirit of the original exhibition.With the aid of VR headsets, visitors will see 93 Fox Talbot images within the vitrines. These were painstakingly sourced and restored with a team of photographic historians, and represent the birth of a medium that has come to saturate our world. Much as ‘Thresholds’ presents a picture of progress, there is also an element of disquiet. The VR experience will include ghost-like avatars to indicate the presence of other visitors, and a mob of Chartist demonstrators outside the windows. Collishaw sees parallels between their protests against the Industrial Revolution and our present situation, where human jobs are lost to robots and software algorithms. ‘I want this spectre to be haunting my project,’ he explains. ‘It’s a little warning that not all is well with the world.’

Soul’ is at Blain Southern, 7 April–27 May, blainsouthern.com. ‘Thresholds’ is at Somerset House, 18 May-11 June, somersethouse.org.uk 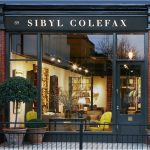 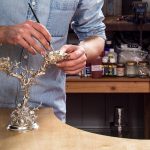